Responsible Travel Policy
Email us at brochure@feztravel.com
for a hardcopy of our brochure.

This 8 day tour, starts and ends in Amman, Jordan. It includes tours of Amman, Jerash, Madaba, Kerak Castle and Petra, visits the Desert Castles, Aqraq Wetland Reserve, Shaumari Wildlife Reserve and a night at Wadi Run in a Bedouin Desert Camp, a swim (or float actually) in the Dead Sea and much much more...

Welcome to Jordan! Upon arrival our staff will meet you at the airport and transfer you to your hotel in Amman for the start of your trip. After helping you check in and pointing you to any local shops, cafes or restaurants, you're free to explore Amman independently before our sightseeing starts tomorrow.

Our first visit today is to the hilltop town of As-Salt, around 40 minutes drive from Amman. As-Salt was an important trading link between the Jordan Valley and Eastern Desert, and once the capital of Amman. The town provides an example of religious and cultural friendship between the local Muslim and Christian population and we take a walking tour on its self-designed 'Harmony Trail' to learn more about the town and local life in Jordan. We'll also take lunch with a local family for a first taste of Jordan's delicious cuisine (occasionally if groups are large we may try some traditional Jordanian food in a local restaurant instead).
After lunch we descend out of the hills to the Baptism Site at Bethany where John baptised Jesus Christ. Several churches, caves and pools dating from Roman and Byzantine periods have been discovered here. An electric minibus takes you from the visitor centre to the three sites: Tell Mar Elias, the Baptism Pools and John the Baptist's Church.
After a busy first day, we'll return to our hotel in Amman where we'll spend the night.

We depart Amman for a scenic drive along the King's Highway to Petra, crossing deep Wadis, including the majestic Wadi al-Mujib, olive groves, and driving through remote rural villages. En-route we see the Roman mosaics at the Greek Orthodox Church of St. George in Madaba, enjoy great views of Israel from Mt. Nebo, and visit Kerak Castle, one in a chain of Crusader fortresses built across Jordan in the 12th Century.

We enjoy a full day today inside the world famous site of Petra, with a 2-3 hour guided tour of this fascinating city. Carved into the rocks and left undiscovered for centuries Petra has always been an enduring attraction for explorers.
We start by walking through the Siq and one of Petra's most impressive monuments, the Khazneh (Treasury) comes into view. Our guide will explain the elaborate facades carved into the rock from the top down. From the Khazneh the valley opens out and we'll see the ruined Roman amphitheatre, and colonnaded street.
During your free time you can explore for yourselves and walk up a steep and narrow winding gorge past beautifully coloured sandstone cliff walls to the huge and imposing 'Monastery'. The biggest of Petra's carved monuments. Another climb can take you to the High Place of Sacrifice, and Lion Fountain. All in all, this is a full & tiring, but hugely rewarding day touring one of the world's most famous ancient sites.
Later today, we leave Petra and drive into the spectacular desert scenery of Wadi Rum where friendly Bedouin hosts are ready to greet us at a comfortable camp beneath the towering rocks and cliffs. We spend the evening and night relaxing at the camp, watching the stars and enjoying a delicious traditional Jordanian meal.

We start the day exploring the beautiful desert and mountain scenery of Wadi Rum. We'll take a jeep safari through the beautiful desert scenery, seeing more of the sheer cliffs and bizarre rock formations..
We say goodbye to Wadi Rum later today and head north towards the Dead Sea. The Dead Sea is fed by numerous rivers, including the River Jordan. Once the waters reach the Dead Sea they are land-locked and have nowhere to go, so they evaporate, leaving behind a dense, rich, cocktail of salts and minerals. Although sparsely populated and serenely quiet now, the area is believed to have been home to five Biblical cities: Sodom, Gomorrah, Adman, Zebouin and Zoar (Bela).
We'll stop along the way to enjoy a 'swim', though the intensely salty waters lead to a very strange swimming experience. In fact, normal swimming is not possible, and it is easier (and more photogenic!) just to float, sitting or lying in the water.
We finish the day back at our hotel in Amman.

We start our Jordan tour today with a city tour of Amman. We'll make our way to the Citadel - the former home of the ancient Temple of Hercules, The Umayyad Palace, the Byzantine Church before we make our way to the 6000-seater Roman theatre, which was built during the Roman Period. The ancient theatre is still in use today, playing host to numerous cultural events.
Afterwards, we drive north for a visit of Jerash, one of the largest and best preserved Roman sites outside of Italy. It is a excellent example of Roman architecture including paved and colonnaded streets, hilltop temples, amphitheatres, spacious public squares and plazas, bathhouses, fountains and a city wall pierced by towers and gates.

After breakfast we leave Amman and head east to visit several of Jordan's Desert Castles. These 'castles' were located on the old trade routes created during the Umayyad era and are more a combination of forts, bath houses and palaces than true castles. You can still see mosaics, frescoes, carvings and illustrations on show, moulded by Persian and Graeco-Roman traditions, giving an insight into life during the 8th century. We'll explore the desert castles of Qasr al-Kharrana, Qasr Amra (UNESCO Heritage site) and Qasr al-Azraq
Along the way we also visit two important nature reserves run by the Jordanian Royal Society for the Conservation of Nature (RSCN). The Aqraq Wetland Reserve is a uniquely precious oasis located in the heart of Jordan's eastern desert. The reserve features lush marshland, and glittering pools and streams that are a haven for migratory birds on the African-Eurasian flyway.
The Shaumari Wildlife Reserve was initially created as a breeding and reintroduction centre for globally threatened and locally extinct wildlife, including the Arabian Oryx, Ostriches , Persian Onagers (an Asian wild ass) and Goitered Gazelles. Also found in the area are red foxes, wolves, striped hyenas, Caracals and wild cats, while bird sightings can include Imperial Eagles, Pallid Harriers and Egyptian vultures.
Back in Amman, for your last evening, why not head into Downtown Amman for a final taste of Jordanian food, perhaps giving Jordan's national dish of Mansaf a go, or the classic falafel and hummus, with a taste of Knafeh, a popular sweet desert to finish.

Your time is free today until we transfer you to Amman airport for your departure flight.
If you wish to extend the tour, we can arrange a transfer to Tel Aviv either by by flight or overland for people wanting to connect this tour with our Biblical Israel tour departure which starts on Sunday. Extensions to spend time at a resort in the Red Sea town or Aqaba are also available.

Please Note :
1. Group Size : Minimum Group Size of 2. Maximum Group Size of 20.
2. Age : Minimum Age of 8. Whilst there is no Maximum Age set it is assumed the customer is fit enough to take part in the activity or tour. Health documents may be requested.
3. Single travellers are obliged to pay Single Supplement and will have the hotel room to themselves.
4. Hotel Gala Dinners - Many of the hotels and Nile cruise boats, on this tour, arrange a very special gala dinner with entertainment in the evening on Christmas Eve and New Year's Eve. Payment for these is often optional on Christmas Eve (24 Dec) but may be compulsory on New Year's Eve (31 Dec), whether you attend or not. Prices can range from around US$50 to over US$150 per person. Final decisions on prices and whether dinners are compulsory are made relatively close to the time. We aim to always select hotels that make their Gala Dinners optional, though this is is not always possible. Gala dinner prices are therefore not included in our tour prices, but will be added to your booking if they become required. More information is available on request. 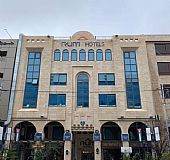 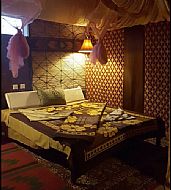